In a time where anonymity is valued on the internet, we want to do the complete opposite. After all, complete transparency is one of our core values! At the end of this blog series, you will (hopefully) feel like you know much more about us than you ever bargained for.

Without further adieu, meet Alex Giavis, Head of Design. With a background originating in fine arts, he crashed his way (literally) into the UX/UI industry as the demand for front end developers continues to increase. He has a dog named Pickles (check him out on our Instagram!) and has a strange sense of humor, according to several unnamed sources.

Let's start with the basics. What brought you into graphic design?

I was hit by a car on my Moped.

But, for those who are sticklers for the unnecessary details, it was art that brought me. Like many of my life altering decisions, this decision was on a whim. The plan was actually to go into oil painting as a career path (which is a whole separate series of coincidental events and individuals’ influences), but by the time graduation approached I had enough courses to major in either studio art or graphic design. I spent the first few years in Boston working part-time and picking up freelance design jobs to supplement my “Professional Artist” income. One afternoon, a web developer friend of mine swung by the studio with a 12-pack, and an intent to commiserate over work, and this lead to me getting my first office job with his employers as a web and app designer.

Oh, right, I was unemployed at the time of that hang out, following breaking several bones when colliding with a car on my moped.

Intense. When you're not graphic designing, what is your leisure activity by choice?

I have been painting for almost a decade now, so spending time in the studio is a big one. Internet trolling has become my latest pastime though. I share this, because it has become a growing hobby with the political climate these days… Plus my writing abilities are horrid when I try to apply them to any applicable, honest effort, but they seem to spread their wings in the lonely world of being a jerk online! I also very much enjoy TV, maybe to a guilty extent. It wasn’t so available growing up, which may contribute to this pleasure, but anything by Ricky Gervais, HBO, or cancelled from Fox is a safe bet.

Next is a cliche question, but who inspires you, and why?

Thomas Pridgen, Zach Hill, and Greg Saunier; these drummers are incredible, they blow my mind. How musicians think is great, with a masterful balance of both utilitarian and artistic means. Electronic musicians and producers, too: Squarepusher, El P, µ-Ziq, and others do a great job motivating me, getting me in the right headspace. Music is important in my productivity.

Now alternatively, what inspires you?

Technology, big time. Long before any of this (Make Directory) was even an option, let alone a consideration, getting my first iPhone sparked this enlightenment of sorts. The effects it had on my studio practices was huge, both practically and conceptually, and it sort of makes sense now that I am pursuing making a career out of it!

As a graphic designer and oil painter, surely you must have a favorite color combination?

This is a tough one, because I've focused on color for so long… I spend a lot of time in my paintings focusing on color interaction, and have valued this since my initial interest in the medium (this is what attracted me to oils over water based mediums in the first place). With my art, it was never so much about establishing a palette, but responding to the circumstances in the painting- considering any fictitious light condition with the intent to reinforce or directly oppose them. Graphic design can totally benefit from this background, but I approach this work with almost polarized objectives. For the sake of both legibility and branding, a color palette is essential. But to describe my favorite color combinations, they tend to have a high contrast in hue, and similar in value, while leaning warmer in temperature. But ultimately, it depends on the context. 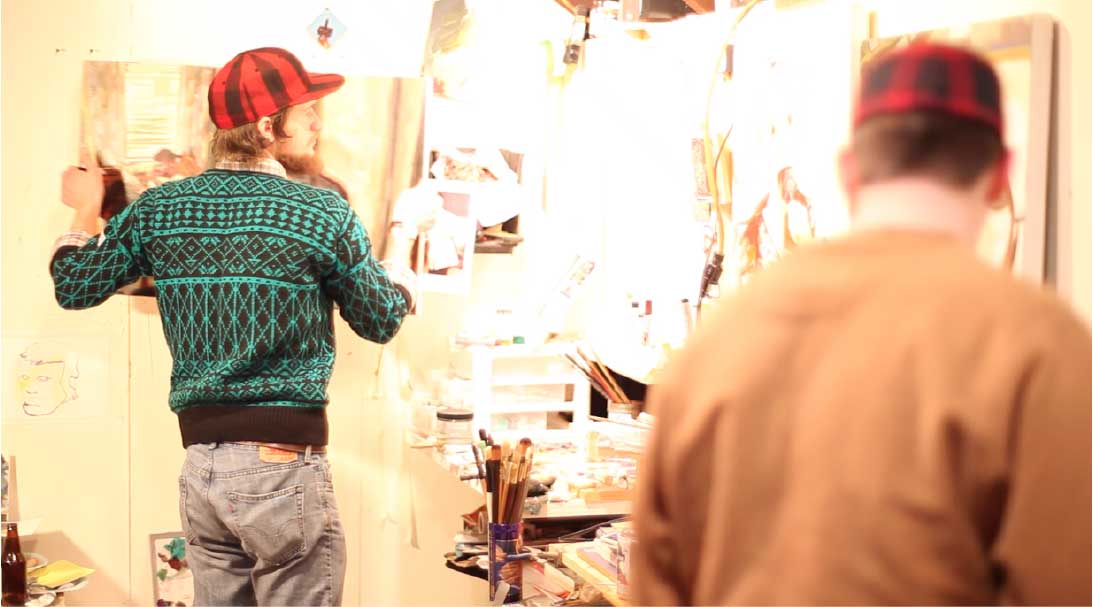 Well, since that was so vague, what crayon color would you be?

Cadmium Red medium! Does Crayola make that? I don’t know, but when I hear this question, all I hear is,“What color crayon would you like to eat?” because that is obviously what you meant, and cad red is such a delicious color.

You seem like a free spirit. What do you like that no one else does or understands?

This sounds like a question for my ex-girlfriends… As far as my trivial controversial preferences go, I like toilet paper loaded overhand, I think ketchup is a blasphemous condiment, popular music is severely dragging its feet in resuscitating pop genres from their grim trajectories, Seinfeld is better in 30 second descriptions then 30 minute episodes, and limiting oneself to superstitions lacks a respectable level of accountability!

What kind of weirdo doesn't like ketchup?! Let's investigate further- what weird ice cream flavor would you be?

Sour Beer. Or Pickles? I made pickles once! Being me, I came up with a whole branding and marketing campaign for “Dill Dogs.” That sounds strange enough, I’d imagine.

Okay, back to ketchup, what is your philosophy on double dipping? 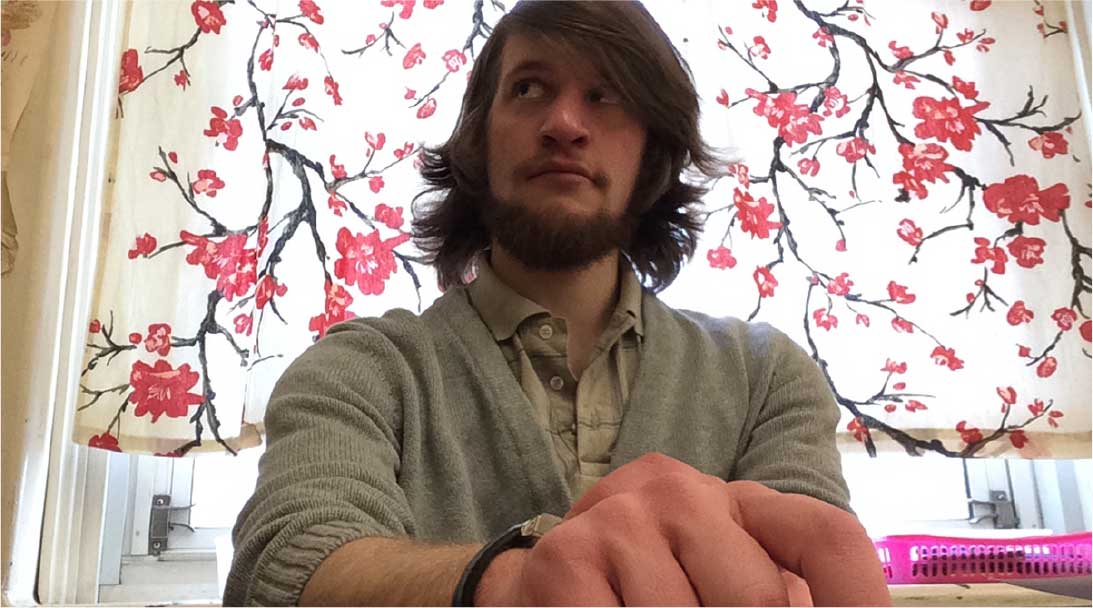 Last but not least, what was your most interesting job before becoming a graphic designer?

I want to say my 7-year tenure at Roller Kingdom, but it would have to be teaching a comic book arts & alternative printmaking methods art class in a Boston public middle school. This was a short lived endeavor, being told by my first and only comrade on the first day that I had to make a decision whether to “be friends with the faculty, or the students.” I didn’t realize how valuable this suggestion was, and the career choice ended up not being not for me. Two terms later we mutually parted ways. I occasionally run into my past students, and it is exciting to hear about their happenings after my “guidance.” I look back on those memories fondly, not considering myself to be an exceptional teacher by most measures, but I really connected with these fellas and wanted to influence them positively.

And that wraps up a peek into the mind of the great Alexander Giavis! He doesn't double dip, oil paints in his free time, and enjoys anything to do with Rick and Morty (he didn't directly state this in the interview, but as a personal acquaintance, we all know this for a fact). He's also a rad designer and is especially strong at creating compelling color combinations.

Stay tuned for more - you'll be getting to know the rest of the team very soon. In the meantime, follow us on social media to keep up with our latest going-ons!

Tags:advicegraphic designinspirationinterviewMeet the Teammeet the teamquestionsweb design
Kristina ChungKristina Chung is the social media manager at Make Directory Developers. She enjoys Sunday mornings and cold brew coffee.
<
DIY Blogging: You Can Do It!
>
Man Creates iPhone From Scratch - VIDEO